Considering the virtually endless amount of competition that businesses face in most industries today, uniqueness and brand honesty have never been more important. To stand out, a brand must develop a powerful identity and value proposition – one that makes an emotional connection with consumers.

Adding complication to this effort is how to handle the rebranding for a company under new leadership, one that has recently merged with another brand, or simply one that is seeking to freshen up their image after several decades of never really reaching the top of the industry with their message.

Whether they’ve been around for decades or are coasting through the sophomore stages of growth, some companies just have a bit of a magic touch when it comes to grabbing consumers’ attention and establishing themselves as fan favorites. Let’s take a look at two brands that have managed to obtain the magic touch and create rebranding campaigns that have become case studies in how to do it right.

The New Face of Old Spice 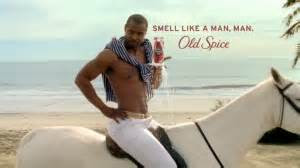 On shelves across America since 1938, Old Spice had long been associated with legacy, confidence and more mature gentlemen. In 2008, Old Spice kicked off a new campaign in order to provide a more appealing message to their younger targeted demographic audience.

The Old Spice Swagger campaign completely transformed the face of the Old Spice brand and, through a series of commercials and ads, gave a new voice and sense of style to the stately old brand.

Proving that a successful campaign requires more than a revamped logo or tagline, the Old Spice Swagger message demanded the attention of a new generation and connected with them via a new emotionally charged value proposition.

Staying true to their roots, Old Spice has raised the bar on creativity and has proven itself to be a long-lasting face in the fragrance and beauty industry. 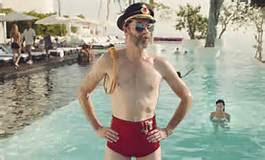 Only the other end of the spectrum you’ll find Hotels.com, one of the best examples of successful rebranding during the sophomore stages of company growth. What started as a small reservation website, Hotels.com is now one of the top booking sites in the world, and thanks to a collective marketing genius, they’ve given a rather uniquely identifiable personality to their brand.

The Captain Obvious campaign launched in late 2013 when the travel giant was leveling off in growth numbers and starting to find itself becoming a small voice in a loud industry choir. The smart one-liners, cheeky situational comedy and quirky personality of the brand’s new spokesman, Captain Obvious, have proven to be entertaining, memorable, and captivating with consumer audiences.

In similar fashion to the rebranding of Old Spice, Hotels.com has found the magic bullet and has not only given new life to their brand but has also managed to create a marketing message that is so entertaining that consumers share it wildly on social media channels and talk about it during office breaks and social gatherings.

Creating Something Uniquely Your Own

Let’s face it, crafting a personality and voice for your brand can be an arduous task. Finding that magic message that will appeal to a large audience, expand your reach and inevitably impact your bottom line by creating a brand name and message that sticks in the minds of the collective consumer consciousness requires deliberate and savvy know-how.